To what extent has the role of dubbing historically contributed to the promotion of Galician and Catalan sociolinguistic identity since the 1980s? A diachronic, corpus-based approach.

For some, dubbing is considered a for of censorship; for others a cultural outlet that challenges the status quo. This comparative study of dubbing output from Galicia and Catalonia since the achievement of regional autonomy is testament to the latter.  with insights from recent scholarship in translation history to demonstrate the value gained from analysing both qualitatively and quantitatively,

comparatively and diachronically, how the choices made in the translation of cultural referents in combination with the use of certain linguistic features can promote a particular sociolinguistic and cultural ideology. Recent descriptive studies of audiovisual output have focused almost entirely on linguistic features of dubbed texts sourced from similar time periods. The approach here draws on some of these existing methodologies but combines them.

Here, the opportunity to compare the evolution of practice over a period of over 30 years will offer invaluable insights into the changing priorities of language planning and their impact on the relationship between language an

d identity in each region. The data for this project will be drawn from the GalCat Catalogue – an online database that will be created as part of this project– of all instances of audiovisual material dubbed from English that have been broadcast on regional television in Catalonia and Galicia. Appropriate texts will be chosen from key periods of social and political change and aligned to form a diachronic, comparable corpus of source and target texts:the first of its kind. These texts will be tagged using XML so that they can be uploaded to a web-based database with a specifically designed search engine to allow end-users to query the data. The results of the analysis not only reveal undiscussed features of the dubbing industry in both regions but also provide empirical evidence of the evolving focus of language planning policies.

This project is set within a descriptive framework of Translation Studies; within this framework the analysis of target texts within the context that they are produced is are equally important and, therefore, the methodology and research design are inherently designed to allow for such observations to take place. The methodology is based on that of Zubillaga et al. (Fantinuoli & Zanettin, 2015) who have undertaken similar corpus construction work in Basque. Also, Dumoran’s work (2011) on dubbing of police dramas in Thai and Freddi’s analysis (2013) of Italian film dubbing using the Pavia Corpus have informed the methodology for this research in terms of how to integrate the data to gather empirical evidence to support hypotheses related to AVT and dubbing.

In this case, the data is drawn from a set of Catalan and Galician dubbing scripts of British/American entertainment shows collected from various open-access archives in the regions, as these will contain many CSRs requiring translation strategies that require domestication. Scripts that will be of interest will be those produced at key political moments in Galicia and Catalonia over the past 35 years (see above). In addition, consultation of other external,contextual factors in order to understand the context in which these scripts were produced is required because changes in regional media policy, developments in dubbing and AVT training, the differing agents involved in the dubbing process as well as financial pressures at different moments in time will inevitably influence the way the texts are produced.Together, these will form a multilingual comparable corpus wherein small segments of the original text can be compared to the equivalent segments in the Galician and Catalan versions. The unit of comparison in this case is cultural referents. These will be marked-up or tagged (a digital form of highlighting) in the scripts according to the strategy that has been employed to translate that particular CSR. When these texts are then uploaded to a database, the digital tagging will allow the user to investigate the strategies used in different contexts at particular moments over the last 35 years.

It is hypothesised that a minority language community like that of Galicia or Catalonia, which has suffered cultural and linguistic impoverishment under dictatorship, will dub in such a way that the target texts will domesticate (Venuti, 1995) incoming foreign texts in the translation process in order to promote and preserve their own identities rather than allowing aspects of another culture to dilute their already fragile national identity. My evidenced-based methodology will question this presumption by viewing empirical data globally and evaluate the extent to which dubbing activity responded to shifts in language policy, audience expectations as well as the changing shape of the media. 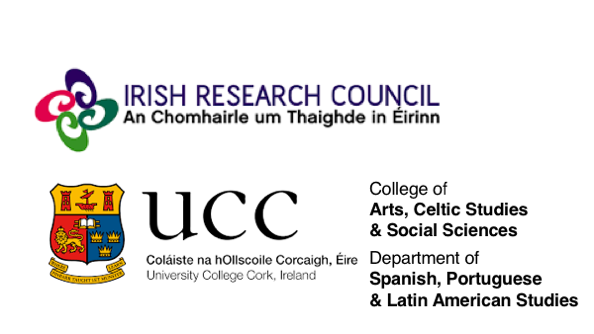